Brilliant ideas are fun to market but inevitably require some risk taking.  The family that turned an old psychiatric hospital in West Virginia into a tourist attraction had a brilliant idea, took a risk and it’s paying off. 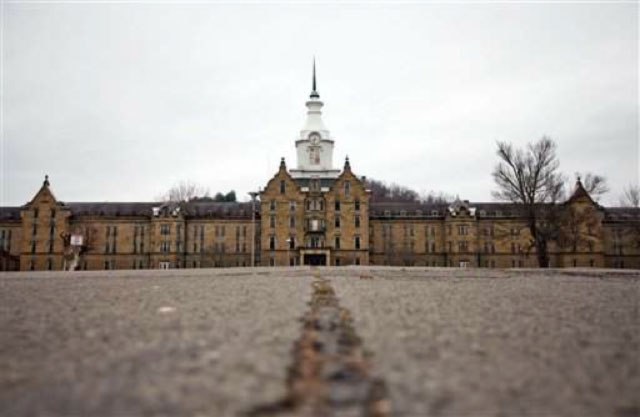 According to a recent AP article, the Trans-Allegheny Lunatic Asylum originally opened in 1864 and in the 1950s housed nearly 10 times its intended 250 patients.  It closed in 1994, some 130 years after originally opening.  So imagine the spirits hanging around, even if it’s only in people’s imaginations.

You would have thought the facility would be the perfect candidate for demolition.  And it was.  Joe Jordan, a Morgantown asbestos abatement and demolition contractor, attended the property’s auction.   Ah, but then came the brilliant idea and risk taking!  Jordan purchased the property for $1.5 million.  But he didn’t demolish it.  Instead, he and his family spent another $1 million to repair it to its early Goth luster spookiness.

By capitalizing on the public’s increasingly heightened interest in the paranormal, the attraction now successfully charges $100 a person for overnight ghost hunts and other types of tours hosted by a staff of 33.  A staff that according to its website, is still growing and looking for job seekers.  Think of it as working at America’s ultimate haunted house.

Promotion of the booming attraction got a huge boost as television shows come calling and courting.  SyFy’s “Ghost Hunters,” Travel Channel’s “Ghost Adventures” and “Ghost Stories,” and Discovery’s “Forgotten Planet” are among the shows that have featured the attraction.

I’d bet a spirit or two of a different kind that the Trans-Allegheny Lunatic Asylum has only just begun to wake its own spirits and potential guests.  The possibilities are endless for ways to market to individuals and groups beyond paranormal fans—architecture and history buffs to name just a few.  Imagine a Facebook page for each spirit or souvenirs that could encompass so much more than T-shirts and refrigerator magnets.  No more brilliant risks necessary, just ghostly fun.