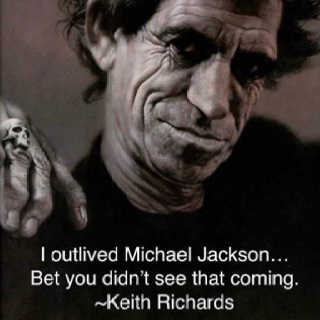 The Stones played Detroit last Wednesday and showed even skeptics like me why they still matter in the world of music.   I went reluctantly as someone who disdains stadium concert venues and came away a true believer that the septuagenarians on stage really are the world’s greatest rock and roll band.

That epiphany got me thinking about how the real CEO of the Stones, Keith Richards, embodies what any truly great band or brand should do to endure, to be iconic. The formula for that is pretty simple, stand for something and remain true to that belief, no matter what. That’s a characteristic all great brands and Stones guitar whiz Keith Richards have in common. An iconic brand possesses important features separating them from other well-known competitors. Keith’s quips and quotes are a personification on branding basics if you read between the lines.

Think about how a brand like Coke just continues to evoke that same forward momentum when they can inspire decades of loyal and fiercely devoted, influential fans like Warren Buffet to announce they’ll stand by their beverage of choice through thick, thin, price increases and even endure a little New Coke sidetracking.

“I don’t have a drug problem. I have a police problem.”

Attitude and swagger go with brand leadership. Challengers often lack the bravado of a brand like Apple to push the limits of design, imagination and even marketing at the risk of cheesing-off people. Great brands know their fans as much as they know themselves. Case in point, confidence trumps fear in how Harley Davidson has always approached their emotional mantra with owners and wanna be owners. They’re unafraid about proclaiming what they stand even if they alienate some other segment of the market.

Great brands come to embody the myth that identifies the desires or anxieties they’re intended to address. They’re engrained in how we think about entire product or service segments. Think about how many expensive “statement” watches are available today. Rolex remains the mental shorthand that symbolizes achievement and status around the world like no other name in its category.

For every stagger, the Stones needed equal parts swagger. That’s the recipe for weathering challenges that inevitably come for any brand that wants to see five-plus decades of growth. Keith and the Stones did it by staying true and focused to their core beliefs. Brands really can achieve long-term value and momentum, when they remain true to what and who they are.