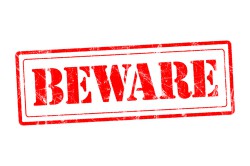 Unless you have been living under a rock, you are well aware that 2016 will be a very busy political year. As a media department, we’re used to planning ahead, and this election year has been on our radar (almost) since the last inaugural address.

The 2015-2016 election cycle is predicted to generate a record amount of spending at the national, state and local levels. We can expect more advertising for more extended periods of time than in previous elections. This could potentially make it difficult for other advertisers as rates are likely to increase as less quality time and space are available.

The pace of political advertising will pick up tremendously in 1st quarter, not just with the candidates themselves, but also with the Super PACS who have as much or more money and do not have to buy at the lowest unit rate like the candidates. When a politician decides to advertise, they are entitled to the lowest unit rate on the station at the time. The National Sales Manager will scan the placed advertisers and the rates that have been negotiated and paid, in some cases many months in advance. The candidate gets the lowest rate on the station at the time and therefore results in ‘bumping’ and existing advertiser to take their place.

And let’s not forget issue advocacy which will also be spending big, issues like fracking, same sex marriage, immigration and legalization of marijuana.

So, what does all of this mean to our clients? We move forward. We would never advise a client who has a product to sell, a consumer to reach or a seat to fill to stay off the air. We strategically plan and place their dollars where the impact will be the most beneficial. If at all possible, we will avoid the three major political windows: the Presidential Primary 1/23/16-3/8/16, the Primary Election 6/18/16-8/2/16 and the General Election 9/9/16-11/8/16. However, if a client must be in the market during those windows we will place our buys as early as possible and negotiate the best possible rate and position. There are no guarantees during a political window that spots are ‘safe’, but the earlier you get in, the less likely you are to be bumped out, at least initially.

We feel it is our duty to continue to advertise during the political craziness so that in the midst of all those overwhelming candidate, Super Pac and issue-based ads, consumers will get a much needed breather with all our wonderful client creative messages!

And … nobody tells me when I can and can’t place media schedules! 🙂