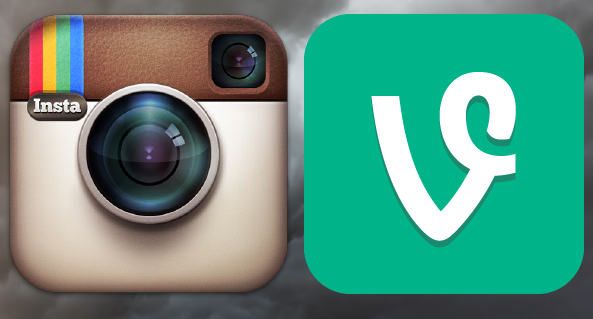 In a very basic sense, Vine and Instavideo are apps that allow you to record micro-videos to share with your friends and followers. Beyond that, they are slightly different beasts. Instavideo allows you to capture up to 15 seconds, while Vine keeps it at a mere six. Instavideo allows filters (a staple of its sibling, Instagram), while Vine keeps things as is. If you want the ability to delete clips, Instavideo provides that as well, but Vine is set in stone unless you choose to rerecord. Instavideo also lets you choose the cover photo for your video post and has a feature called Cinema that reduces shakiness. Vine doesn’t have either.

At a quick glance, it may seem like Instavideo is the clear choice to create short, instantly sharable videos. It gives you more options, more tools, and more things to make your video stand out. However, it also just seems like a minimalized and mobilized version of iMovie or Windows Movie Maker. It’s relationship and seamless integration with Instagram makes it immediately adoptable. People who had no interest in creating short videos with Vine, are now producing videos in masses that rarely match the level of creativity that Vine videos contain. That’s not to say the craft in all Instavideos is lacking – it depends on the user – but having so many options clouds the idea behind the video.

Vine changed the world, because it was the first of its kind. It’s also continuing to take the world by storm, in large thanks to the introduction of Instavideo. Many people hadn’t gravitated to Vine yet, because it was such a new medium. Since Instavideo was born, however, Vine comes up more often in conversation. “Do you Vine, or Instavideo?” is a constant question from savvy friends and co-workers.

What’s really great about Vine is that it keeps things simple: Six seconds max, no edits and no filters. It truly is YouTube and Twitter’s hypothetical child. Having only six seconds and no ability to edit unless you reshoot, makes the user think more about what they’re recording – allowing only the essential information. Instavideos are usually clogged with useless information and saturated with gaudy filters, which are more often than not completely unnecessary and rarely add anything to the idea, unless the idea was purely execution based.

Neither app will die, because they have two very different audiences. It all depends on the intentions and desires of the user. Instavideo allows accessibility and convenience, while Vine allows innovation and efficiency. You should give them both a chance and figure out for yourself, which one fits you better. Do you want one that already fits in with an app that you frequent daily, or do you want one that challenges you to think differently?