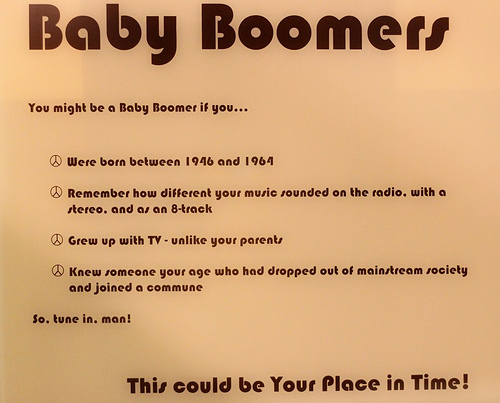 “We gotta engage the younger set.” When it comes to targets and strategies, that’s one we hear a lot. But when it comes to disposable income, it just might pay to aim … older.

Baby boomers make up close to 80 million U.S. consumers who hold a whopping 70 percent of the U.S. disposable income. Seems like a heck of a lot more than the 18-34 year olds. Meaning maybe marketers should be putting their money where the money is, instead of targeting youth.

AARP recently launched a web campaign aimed at chief execs, marketers and media planners focusing on just that. After all, in just two short years, the entire group defined as boomers—those born between 1946 and 1964—will all be AARP eligible.

Those baby boomers spend a considerable amount of time and money online, too. According to an article by Nancy Shonka Padberg, more than Gen X and Gen Y. Here’re a few of her boomer facts:

That’s a pretty powerful group of consumers. And the fact that they’re so connected online proves there could be opportunities slipping by. Face it: at any age, money talks.