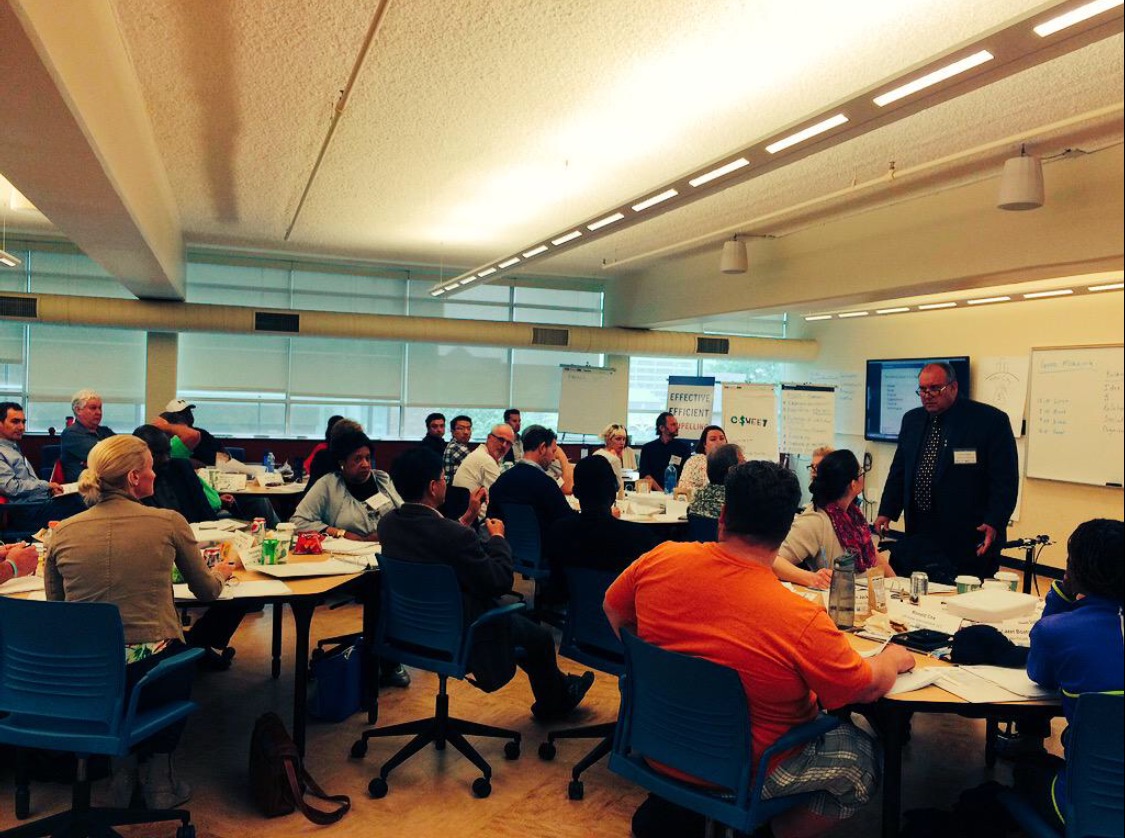 Back in March, I received a letter from Dr. M. Roy Wilson, president of Wayne State University, about the Goldman Sachs 10,000 Small Businesses program. www.10ksbdetroit.com This program was established and funded by Goldman Sachs Foundation and local universities to help entrepreneurs grow their companies and create jobs by providing education, business advising and, if needed, access to capital.

I was intrigued by President Wilson’s letter so I called the program office that same day. They said SMZ met the screening criteria and encouraged me to apply. Following a written application process and interviews, I was accepted to the program. Yes, I’m celebrating going to “summer school.”

Cohort V, as we’re known, began on Friday, June 26 with two full days of class. This is serious stuff, but with a dose of fun and plenty of tasty food. The end goal is development of an actionable Business Growth Plan, something I’m keenly interested in and committed to following as a foundation for agency’s growth.

After two sessions and an initial meeting with my business advisor, I’ve bought into the curriculum and energy of my fellow scholars. It’s been nearly three decades since I was a scholar. (And my Penn classmates would questions that label even today.)

The program runs for 11 weeks through early October with classes held at Wayne State University. Program Executive Director Camille Walker-Banks kicked off the festivities by stating that 69 percent of the program’s graduates across the U.S. experienced business growth within the first six months after completing the program. She added that the Detroit area figures are even higher at six months, 12 months and 18 months.

My fellow workgroup classmates—sorry, I mean scholars—run a variety of businesses from a bridal salon, to brazing services, to a florist, to an IT infrastructure provider, to a PR and research firm, to a digital marketing platform for restaurants. Each is passionate about their business and future prospects. Our team of seven, known as C-Sweet, along with the other 25 business is primed to outline “opportunity statements” that will take our business to the proverbial next level. Too often in business we start with what’s not possible. Not in this program. It’s all about what is possible.

Given the demands of the Goldman Sachs 10,000 Small Businesses program and my “day job,” I probably won’t report again until October. See you on the other side. I’ll let you know how it goes.