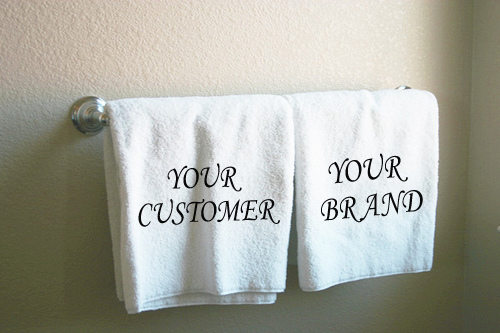 Consumers and brands now live together 24/7 thanks to the power of social media. Meaning brands are best to commit themselves to the rules that apply to successful and meaningful relationships. All one has to do is read the recent articles written about social media faux pas and dealing with consumer criticism to know it’s a particularly good strategy should your relationship hit a bump. So save yourself from “relationship hell” or ending up in the sequel to the new book #Fail: The 50 greatest Social Media screw-ups and how to avoid being the next one. How? Start by relating to people like a person—not a brand.

1. Fess up.
We know the worst thing to do at home is to deny what’s been done. That only makes it worse. Same applies in the social space. Admit you screwed up (even if you don’t think you did). Don’t think you’ll get away with whatever it is that was done or said. Don’t sweep it under the rug or pretend it never happened. The best defense is to get it all out in the open at once. You may find your consumers cutting you some slack because you were upfront with them.

2. Fix it.
Promise you’ll work hard to make sure this never happens again. Melissa Agnes, a social media crisis manager, recently posted a blog about Domino’s brilliant official response to their crisis in 2009. She felt it was the very reason they were able to regain control of the crisis the way they did. Sure they suffered consequences to the brand, but not nearly as much as they could have. Three years later, the Domino’s brand is still going strong because they:
• Responded to the crisis on the same channel it broke out on
• Optimized the video to be found alongside the offending video
• Showed true sincerity, and humanized the brand and situation
• Explained the measures they were taking to correct the unfortunate situation
• Presented the actions they were taking to assure this horrific situation would not have the opportunity to happen again
• Showed by example just how seriously they were taking the crisis—they weren’t just all talk; they backed up their words with serious actions
• Had their U.S. president Patrick Doyle personally issue the response video

3. Find friends.
Sometimes it helps to get a friend to put in a kind word for you. You have loyal brand advocates who can come to your aid. Let consumers see you’re making a true attempt to “clean up your mess.” Also, websites like Crowdtap foster good relations with a brand’s loyal consumer base. After all that, your brand still may be “sleeping on the couch.” But the good news is you’re still “in the house”—not the “dog house.” And you can begin to regain that trust again.