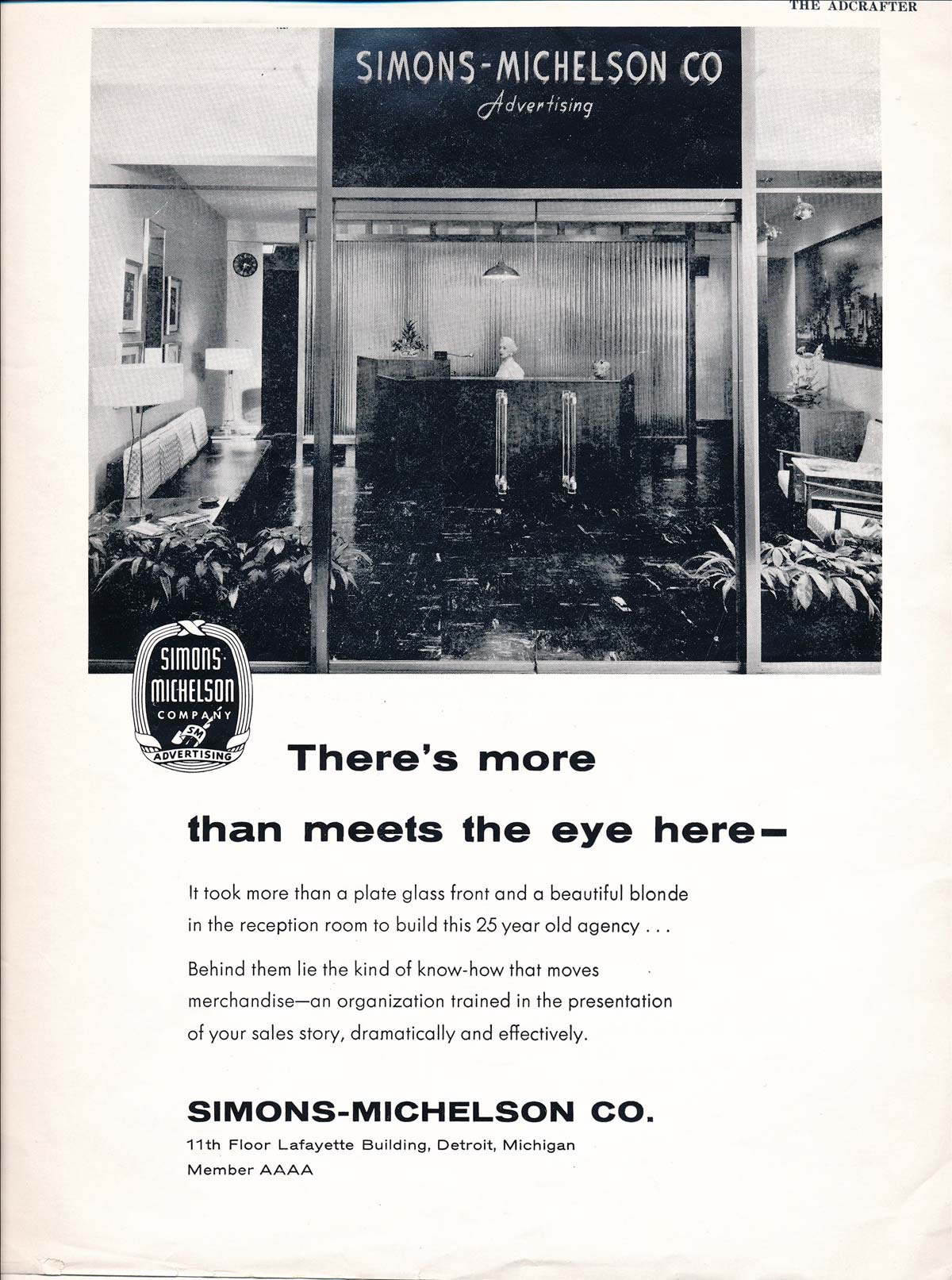 With all of the hype and build up after a 17 month hiatus Mad Men returns to AMC on Sunday evening. John Hamm who plays Don Draper told TV Guide, “one of the big questions the show asks about the human condition is: do people ever really change?” You could also ask: does the advertising business ever really change?

Take a look at this ad our agency ran in 1954, the 29th anniversary of the agency. It appeared in the Adcraft Roster, a publication that exists today. It told of the agency’s ability to craft a story that moved merchandise. Wow, technology and social media sure made that approach antiquated! And it had a sexist lead line of copy that demonstrated that some Mad Men were working on Lafayette Avenue in Detroit while Dick Whitman was still on the farm. (Season One flashback reference for fans of the show.)

Today our agency is known as SMZ. We’ve run an ad in the Adcraft roster each year for 53 years since this piece appeared. The agency has moved a few times. The agency has changed logos a few times. But we’re still a smart, hungry group behind plate glass doors dramatically and effectively telling brand stories. Stop by and have a drink. It might be a little “softer” than what Roger Sterling might pour, but we can enjoy talking about the power of nostalgia.