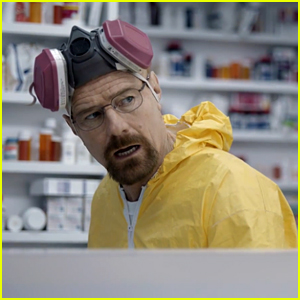 By the end of the fourth quarter, prognosticators were already flooding the digital space, tweeting and posting armchair opinions.  No, not about the brain-dead second-and-goal play calling by Seahawks coach Pete Carroll but on the evening’s lineup for Ad Bowl.  From sap to silly and morbid to mocking, Ad Bowl had it all.

Loved the Walter White cameo with perfect casting of him working in a pharmacy. Can’t recall the brand.

Which “run like a girl” message was stronger? If you’re a girl who hadn’t considered that “like a girl” could be an insult, that message may have been lost.  But it resonated with many as it was hugely popular.  Name that brand.

And then there’s the Nissan spot with their heart-tugging message of the race-car-driving-absentee “Cat’s in the Cradle” dad. Maybe if you drive a cool enough car it doesn’t matter if your children never see you until they’ve passed puberty.

How about that spot for Nationwide Insurance? Nice try in making an all-important link between being insured and not having tragic accidents. You did a terrific job of making people feel sad.

At SMZ our process is Listen. Think. Do.  Always in that order or we tend to get ourselves in trouble.  And that process never stops.  We diligently work with clients to monitor results.  Sure the Nationwide spot was a downer but was it successful driving people to their makesafehappen.com microsite where parents can get accident prevention tips based on their child’s age?  If that downer ad saves ONE life, was it worth it?  Because if it does Nationwide will be praised to the moon and back.

Nationwide also had one of the favorite Super bowl ads, the one with Matt Damon and comedian Mindy Kaling.  Nationwide used two different ad agencies that produced two completely different spots with opposite tones, different messages and goals.  Which one is everyone talking about the most? Ultimately, likable or not, which one will be best remembered and most successful in reaching its goals?

Initial likability may not be what’s most important in the Ad Bowl.  Sometimes it takes a process and time to really determine the best advertising.

Oh yeah, how about that football game that interrupted those Ad Bowl commercials.  Pretty exciting, eh?