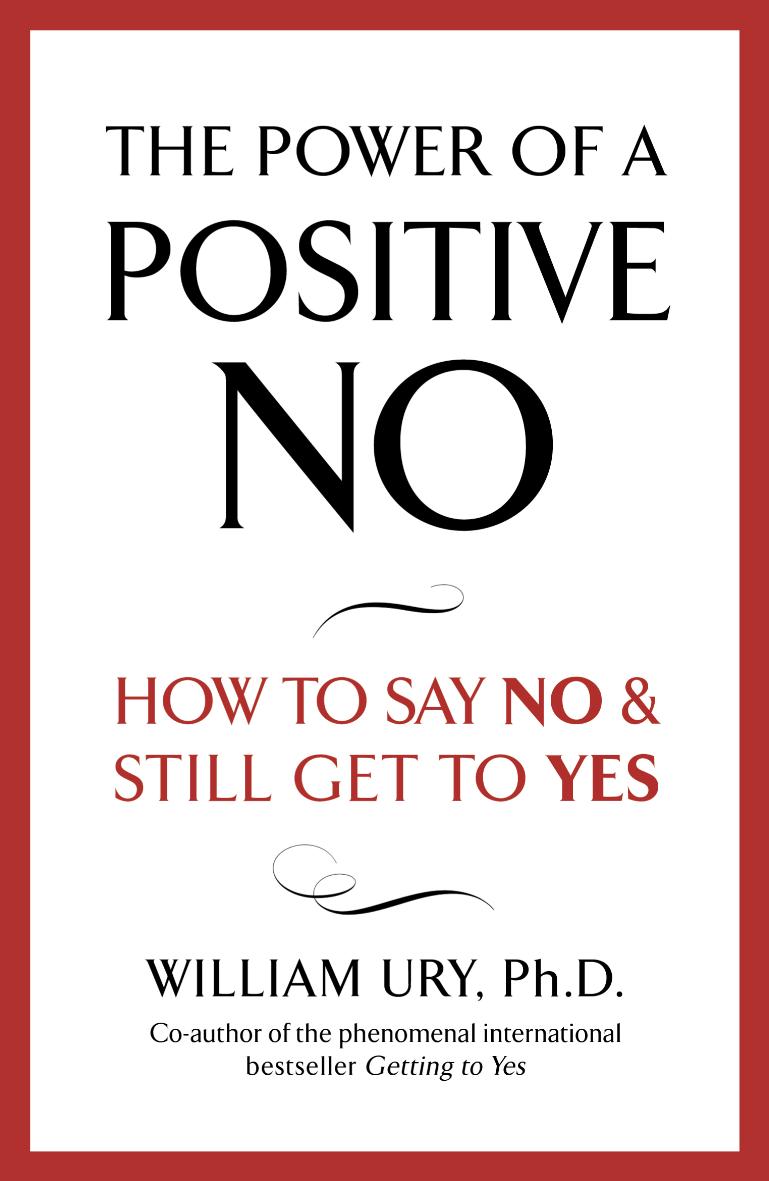 Back in college I somewhat fondly recall studying a book on negotiation called Getting to Yes. The following are wise words to consider from William Ury, the co-author of that book.

Getting to Yes focuses on how to reach an agreement that is beneficial to both sides. It became an international bestseller, I believe, because it reminds people of the common sense principles they may already know but often forget to apply.

Yet over the years, I have come to realize that getting to Yes is only half the picture—and it is, if anything, the easier half. As one company president, a client of mine told me, “My people know how to get to Yes. That’s not the problem. It’s saying No that’s tough for them.” Or as former British prime minister Tony Blair put it, “The art of leadership is not saying Yes; it’s saying No.”

Indeed, not long after Getting to Yes was published, a cartoon appeared in the Boston Globe. A man in a suit and tie was asking a librarian for a good book on negotiation. “This one is quite popular,” the librarian answered, handing him a copy of Getting to Yes. “Yes isn’t what I had in mind,” the man countered.

The importance of No was reinforced for me by a conversation I had with the well-known investor and financial sage Warren Buffett. Over breakfast, he told me, “I don’t understand all this Yes stuff. In my line of business, the most important word is No. I sit there all day and look at investment proposals and say No, No, No, No, No—until I see exactly what I am looking for. And then I say Yes. All I have to do is say Yes a few times in my life and I’ve made my fortune.” No is the key to defining your strategic focus and every important Yes therefore may require a thousand Nos.

I have come to appreciate that perhaps the main obstacle to getting to Yes is learning how to say No properly. All too often, we cannot bring ourselves to say No when we want to and know we should. Or we do say No but say it in a way that blocks agreement and destroys relationships. We submit to inappropriate demands, injustice, even abuse—or we engage in destructive fighting in which everyone loses.

In saying No well, we are giving ourselves a gift. We are protecting someone or something we value. We are creating time and space for something that we want. We are changing the situation for the better—and all the while keeping our friends, colleagues, and customers. In short, we are being true to ourselves. Through the simply daily practice of saying No positively, we are contributing to the quality of our lives, our success